On the Track of Vengeance

On the Track of Vengeance is the is the fourth book in Gary L. Pullman's Adventure of the Old West Series. 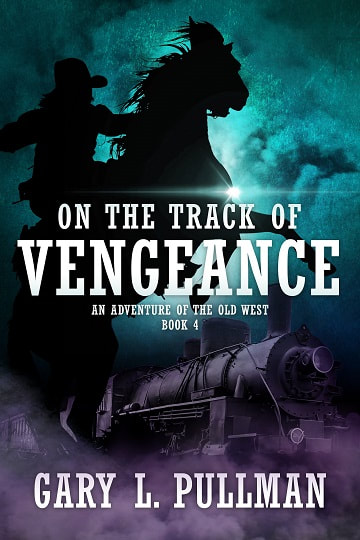 The runaway action never stops in On the Track of Vengeance, the fourth book in An Adventure of the Old West series.

When outlaw gangs sabotage railroads, resulting in the deaths of innocent passengers and crew members, the president of the United States becomes directly involved, appointing Bane Messenger a U.S. marshal answerable to him alone.

Teamed with trustworthy deputies, Bane takes on the desperate men, who care only for vengeance and are willing to do anything to strike back at the railroads and the government they blame for their misfortunes.

But the stakes soar when Bane learns that the outlaws plan to sabotage a train carrying his wife and father. With their lives hanging in the balance and no way to warn them, Bane races to the scene. Can he stop the outlaws in time or will Pamela and Bradford become the latest victims of the cruel men who care for nothing but vengeance?

"I highly recommend this book. It has justice, good and bad men, excitement, good values and thematically it brings you into the history of the old west with lots of accurate descriptions of the era." ~ Amazon reviewer
Published by Campbell and Rogers Press
July 2020
Edition: eBook - ISBN: 9781887170
Paperback also available
Available at Your Favorite Retailer