Tales with a Twist

Tales with a Twist is the first book in Michael Williams's Twisted Tale Series. 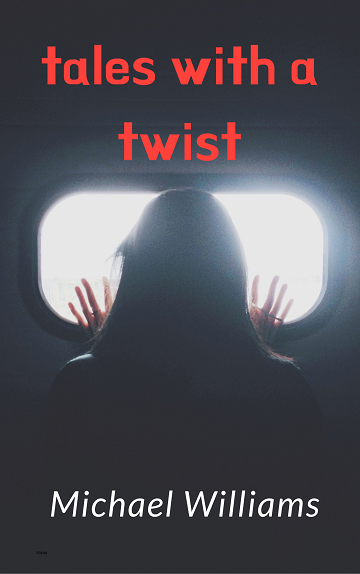 Tales with a Twist is an eclectic collection of flash fiction, offering over thirty tales of fantasy, horror, humor, science fiction, and suspense.
Stories include a comedian's encounters with “small assassins,” a divorced husband's regrets about feeding his ex's cat, drone technology's new windows of opportunity for theft and ransom, a woman who takes it upon herself to kindly put “losers” out of their “misery,” an invention that gives men too much of a good thing, and a mobster's son who learns too late what honor means among thieves.
This collection also treats readers to an invention that buys another year of life for its inventor; a lovelorn Yeti; a compassionate con man; a desire for peace and quiet that turns into the road to hell; a modern-day Norman Bates with a thing for classy blondes; a talking statue; a couple of stories about Santa; and much more.

~~From the author: Alfred Hitchcock once said that a movie shouldn’t be longer than the capacity of the human bladder. I find I agree. Edgar Allan Poe considered the effect of short fiction to be more intense than that of longer works, such as novels or—my apologies to Hitch—full-length motion pictures. I also tend to concur with Poe: shorter fiction can pack more of an emotional wallop than longer forms. In our modern, fast-paced world, I think shorter fiction is also more convenient for many. A lot of people want complete stories without having to spend hours or days to read them."

Available from Your Favorite Retailer