The Valley of the Shadow

The Valley of the Shadow is the is the second book in Gary L. Pullman's Adventure of the Old West Series. 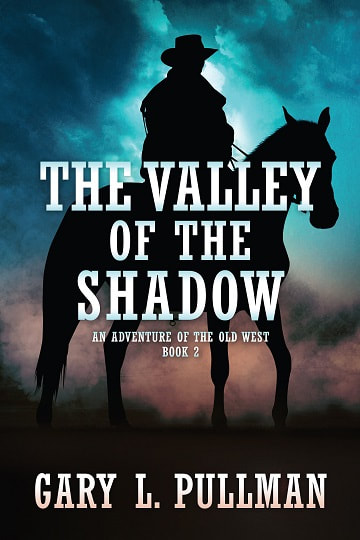 Mysterious strangers. Big money. Corrupt politicians. Murder. Mayhem. Hired guns. After a drunk is broken out of Excelsior, Nevada's, jailhouse, former bounty hunter Bane Messenger joins a posse to hunt down the escaped prisoner and his accomplices. Surviving an ambush in which the sheriff and deputy are killed, Bane tracks down the assassins. But, when he returns to Excelsior, he finds that the town's last lawman has also been murdered. Now, a cartel controls the town, using paid gunmen to enforce new laws for their own benefit. Determined to bring law and order back to his hometown, Bane faces a fierce fight only guns can settle, but he learns there's more to enforcing justice than just being good with a gun.